Books are my thing. They keep me company all year round, helping to ground me and lead me, shape me and encourage me.

I’m pretty sure that it’s not just me, this book thing, so I do take the liberty of sharing my favourites with you here every now and then. This year, with the help of a great reading journal, Book Life,  I have compiled a list of some of the best reads I came across in 2018, with an ‘in a nutshell’ summary and the notes I wrote at the time of reading.

It’s an eclectic selection, beginning in January with a purposeful selection of Christian reads, and veering off on a somewhat whimsical route through some truly brilliant novels, including classics and newer titles. For some months, I have taken the luxury of sharing more than one of my reads as I couldn’t possibly choose between them.

I wonder which of these you have read? What did you think of them? And which do you like the look of?

I wrote: I love the message of hospitality and of caring for those in need. I also love that God is strange and surprising. It reassures me that he has always been, to some extent, incomprehensible and hard to grasp. I don’t expect to understand him and I love his divine eccentricity. This book inspires me to adopt; to love; to give; to welcome; to serve; to look for God everywhere and in everyone and to trust him. 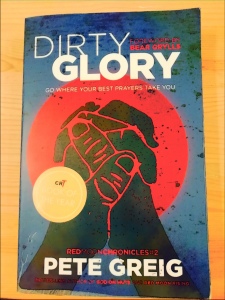 In a nutshell: This is a book about the power of prayer, which is grounded, mature and based on lived experience. It’s by the founder of the 24/7 prayer movement and has some inspiring stories of miracles, perseverance, waiting and community.

I wrote: I loved reading this book. It shows that it is possible to live life adventurously and joyfully, even with the inevitable difficulties that come our way. It made me pray more, and that made my days more peaceful but also more ambitious.

March: Love Does, by Bob Goff

In a nutshell: This takes the form of memoir. It is essentially Bob’s life story but becomes far more a story about what it means to live for and with God, with short, themed chapters.

I wrote: This book is American: big and brash and bold, but with a depth that comes from someone who has gone out of their way to act on the opportunities and issues he sees around him. He sees life as a big adventure and isn’t held back by caution or convention.  This has enabled him to make a big difference.

April: The Lord of the Rings: The Return of the King, by JRR Tolkien

In a nutshell: Do I really need to sum this one up? And could I?

I wrote: I had seen, loved and learnt by heart the films but not the books. I absolutely love this book: its story, its characters, the description and action and detail in it. Tolkien managed to create some powerful and fairly nuanced female characters, which is refreshing. It is evident that he was writing with an understanding of the horror and sorrow of war and evil, but he also managed to create a story of hope that celebrates the good in the world. What a truly skilled writer, to create a fantasy world that so beautifully encapsulates the journey of life.

April: The Remains of the Day, by Kazuo Ishiguro

In a nutshell: A butler reflects on his life’s work and on changes in the society in which he served.

I wrote: For a long time, I couldn’t work out where this book was going. It was completely intriguing. Slowly, more is understood of the heart of the narrator. It’s beguiling, curious, sad, but also incredibly stoic and strangely heart warming. It raises questions: What is truly important in life? Work? Success? Dignity? Devotion? Human warmth?

May: Wuthering Heights, by Emily Bronte 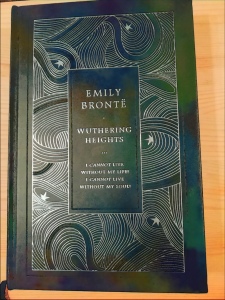 In a nutshell: Another classic that really needs no introduction.

I wrote: I first read this at 13 and, now reading it at 31, I can see how it captivated my teenage imagination, what with all its gothic drama, romance and tragedy. As a 31 year old more aware of the cruelties of life, the vivid descriptions of the mistreatment of children and women in the story made for harder reading than it did as a fairly naive teenager. At heart, I’m still a free spirit, still captivated by the great outdoors, still in love with the idea of soul mates and passion. This is a novel that explores these themes with gripping intensity. What most makes this book memorable though, is the simple fact that it’s a really good story.

May: The Secret Life of the Owl, by John Lewis-Stempel

In a nutshell: Nature writing by one of the genre’s most prolific writers, on owls.

I wrote: Fascinating. Somewhat economical – less indulgent than Meadowland – brief but intriguing. An eclectic mix of content: scientific fact; folklore; poetry; analysis of language and observation. The more personal introductory and concluding chapters were engaging, cultivating a certain envy of the intimacy with which the author has the opportunity to observe his subject matter.

In a nutshell: Created amid a flurry of similar titles targeted at inspiring girls to aim beyond becoming a Disney princess. This is a collection of true stories (each accompanied by a vivid illustration and quote) of women who have made all kinds of achievements in all kinds of fields.

I wrote: These stories are inspiring and diverse. The children at school love them and so do I. I think it’s really important to encourage girls/women that they can be the heroes in their own stories. I really want women to be empowered to live with heart and courage, regardless of whether they have a man in their life or not. This well known Maya Angelou quote, included in the book, sums up the book and my feelings on it perfectly: “My mission in life is not merely to survive but to thrive; and to do so with some passion, some compassion, some humour and some style.”

In a nutshell: A simple exploration of the Biblical reasons that women should be treated equally to men and given equal opportunities to exercise their gifts and passions. Written by a feisty, intelligent woman who speaks around the world with wisdom and insight.

I wrote: It was really encouraging to read a book that puts forward equality and respect for women in a straightforward, unapologetic way, grounded in the Bible and examples of people’s lives.

In a nutshell: An instructional book to give parents of toddlers guidance and encouragement.

I wrote: This was just really useful when preparing for looking after toddlers. Lots of common sense, practical, grounded in experience. Somewhat archaic views of male and female roles in a family, and when parenting adoptive children this advice will need to be complemented by an understanding of therapeutic parenting – but this does not take away from the book’s usefulness.

In a nutshell: A light romance about an ‘ordinary’ woman and a failed singer songwriter.

I wrote: I re-read this because I heard they’re making it into a film. It’s a light read and fairly straightforward, with a light-touch theme of what it means to waste your life or to live it well. I really enjoyed it.

October: A Tree Grows in Brooklyn, by Betty Smith

In a nutshell: A classic about Francie, a young girl growing up in Brooklyn in what she quickly learns is a poor family. As she grows up we get to know her eccentric, tough, resourceful family and root for her in her dreams of becoming a writer.

I wrote: The resilience, charm, flaws and authenticity of the characters make this book so beautiful to read. It’s a ‘classic’ by reputation and to me what makes it so is that it’s a simple story of flawed, tough lives lived with love and resilience. It reminds me of people I’ve known and inspires me.

In a nutshell: Edie unearths secrets from her mother’s pasts and is drawn in to the mysteries of Milderhurst Castle, home to three aging sisters.

I wrote: I really enjoyed this book and found it absorbing. It references a lot of literary classics and is clearly influenced by the likes of the Brontes, with strong female characters, a dominating setting and gothic feel. It also manages to be quite modern in tone. It explores themes of sibling relationships, parent-child relationships and love. It’s a good mystery, which keeps you wondering throughout.

In a nutshell: The novel that everyone’s been talking about, with themes of loneliness, friendship and kindness.

I wrote: This book came so highly and widely recommended that I half expected to be disappointed, but it was a truly brilliant read. It was surprising, interesting and I was so invested in Eleanor’s story that I couldn’t put it down.

In a nutshell: A murder mystery with amateur sleuth, Isabel Dalhousie as the main character and Edinburgh as the setting.

I wrote: This was a really engaging ‘light read’, arguably more about character than plot but no less enjoyable for it. I really like Isabel, and the musing tone that her ‘inner voice’ lends the book.

Which brings us to now, the end of 2018, and I’m wondering what titles I’ll be reading next year…