Beginning in a familiar chain coffee shop, I commenced my visit to a new city. This particular establishment had a collection of old books and was playing classical music. The presence of these features, which are usually more common in independent stores, perhaps says something about the city I was in. It had been cloudy and overcast when I arrived, so I took my time over my Americano and got stuck in to the work I needed to finish. The coffee was good, so I decadently ordered another and continued to type.

When I emerged, I took a couple of glances up and down the unfamiliar street. In a charity shop window, a dress hung coquettishly on a manikin, and, having no immediate demands on my time, I allowed myself to be drawn closer. Looking in, I saw that it was simply patterned with the kinds of flowers that are prolific among the hedges at this time of year, and on a whim I sauntered in and bought it, along with a handy cardigan and a top. Continuing up the road, I admired a shining red motorbike and smelt sweet, fresh strawberries on a market stall. They seemed matching in their summer reds.

Aren’t archways the most inviting things? They just have to be explored! I went through one, and came upon a moated old castle-like building – a bishop’s palace, no less! Over the drawbridge and under another archway the holy family waited to welcome me, timeless and kind, in a strange box fixed to the old stone wall. Gardens and trees were framed by ruined arches that looked like they were always meant to stand there like that, roofless windows to the summer greenery beyond.

Out by the moat, there was quite a commotion as children and adults alike clamoured to feed and photograph the cygnets and ducklings and even the pigeons. Beneath the huge sycamore trees, people sat peaceably on benches and the floor was carpeted with helicopter seeds.

I kept walking, along the moat, past a park, through a gate and into a field. A straight, even footpath led on as far as the eye could see, a field of cows sloping up on my left, a grassy meadow flattening out towards a new housing development on my right. I set off up the path. Reaching another gate I came into another field, home to more cows who were busy chomping grass and seeking shade under the trees. I followed a pied wagtail as he hopped on his own afternoon stroll, I photographed the buttercups and I wondered about the fairy-tale cottage up the hill. Swallows wheeled and dived and the sky was beginning to clear.

There is something about just seeing where a path leads in a place you haven’t been before – that sense of discovery is magical. As I continued, I took in different views. Looking back I saw the city’s cathedral peeking out from behind the sloping green fields like a Constable painting. Gazing out I saw Glastonbury Tor in the distance, standing quiet and mysterious, even a little ominous as it kept watch over the pastoral landscape.

Coming through a gate, the path turned right and became much more overgrown and all the more charming for it. An orange tipped butterfly fluttered around me, allowing me to photograph it before leading me on.

Back in the city, under a now blue sky, a cold drink was called for. Walking past a tucked away cafe, I noticed through its window that it had a bright courtyard out the back. In I went and found myself a little table next to pots of herbs. Hanging baskets mingled with old metal advertising signs to create an oddly coherent space. I sipped lemonade and reveled in my discovery of the place.

Next to explore the old cathedral. Natural light flooded in everywhere, making the old stone floor sparkle. As the sun shone through stained glass it spread colour everywhere. The tallest and highest of the windows, with their glimpses of sky, took my thoughts heavenward. There was an altar cloth that looked just like a river, fish leaping out of it.

For the last half hour of my visit I lay on the cathedral green, the smell of the grass mingling with that seasonal scent of sun-cream. Later, I met my Mum and we had tea and cake whilst a group of men in cricket whites played croquet as we talked. It felt like summer. 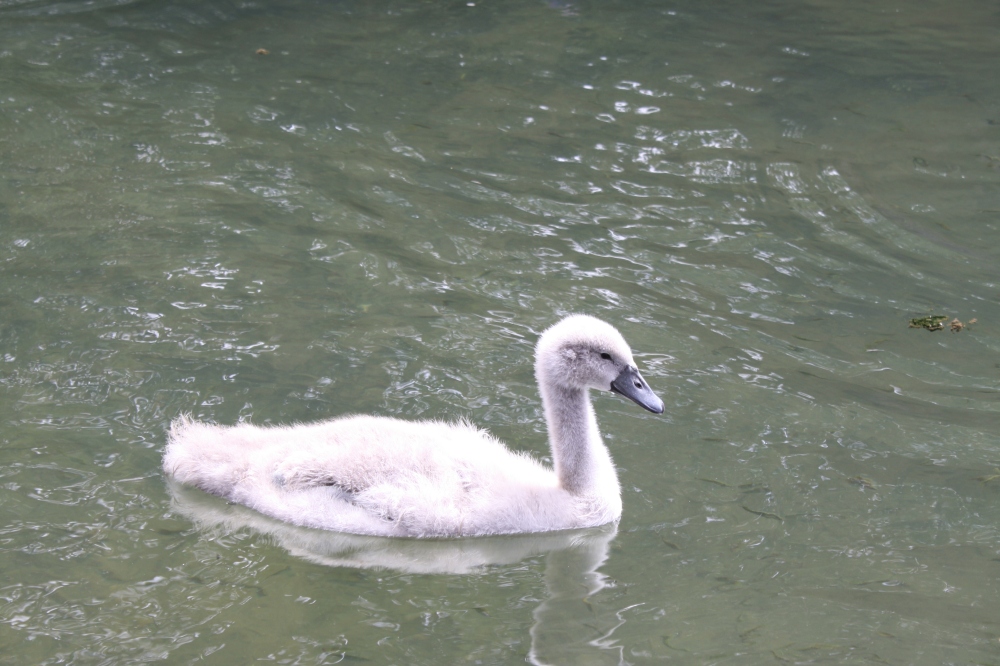 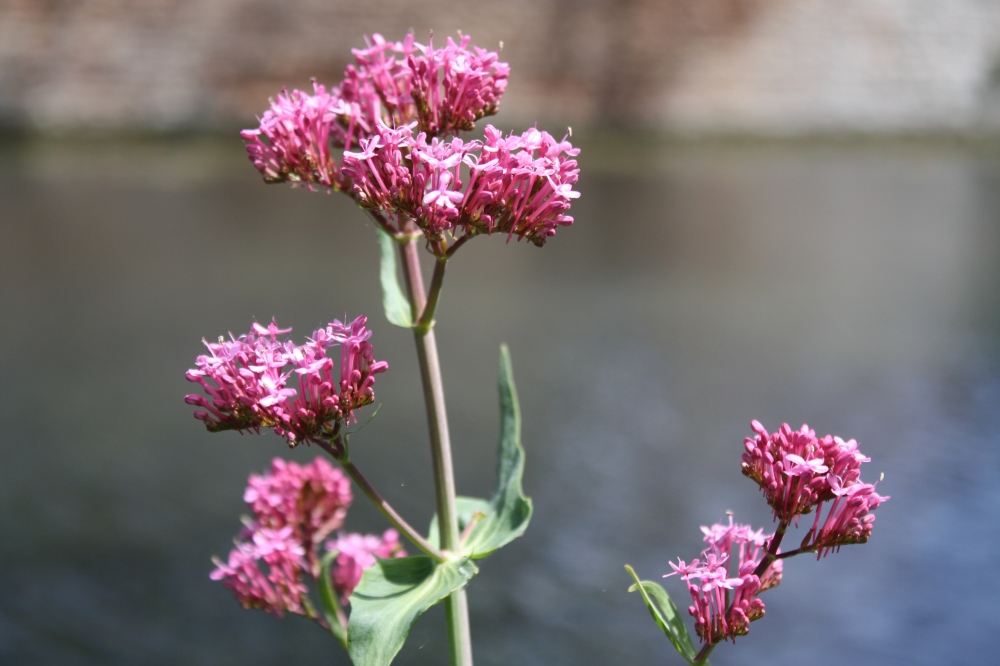 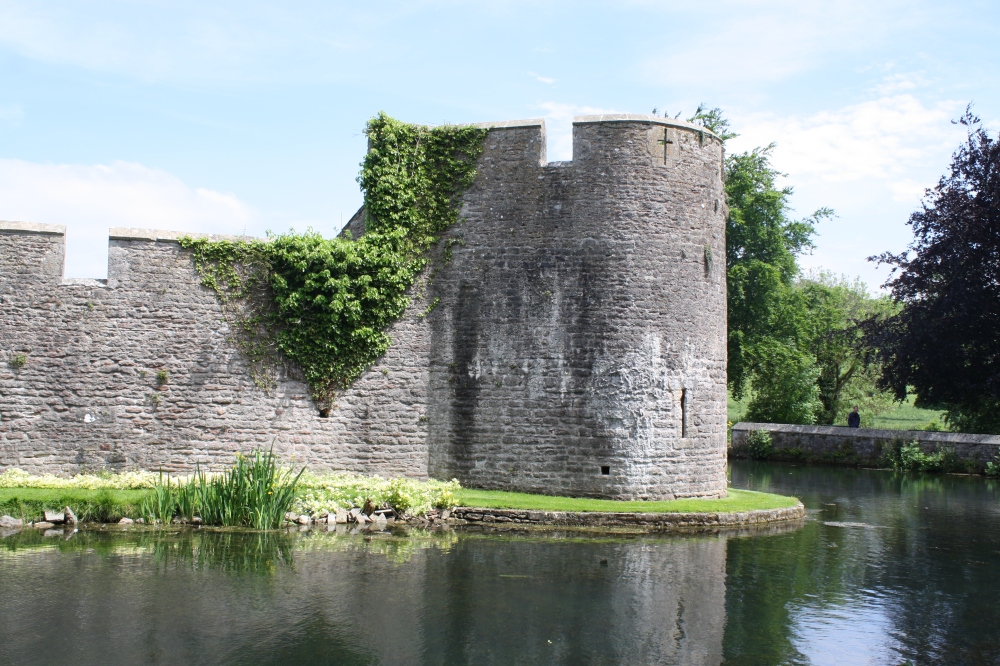 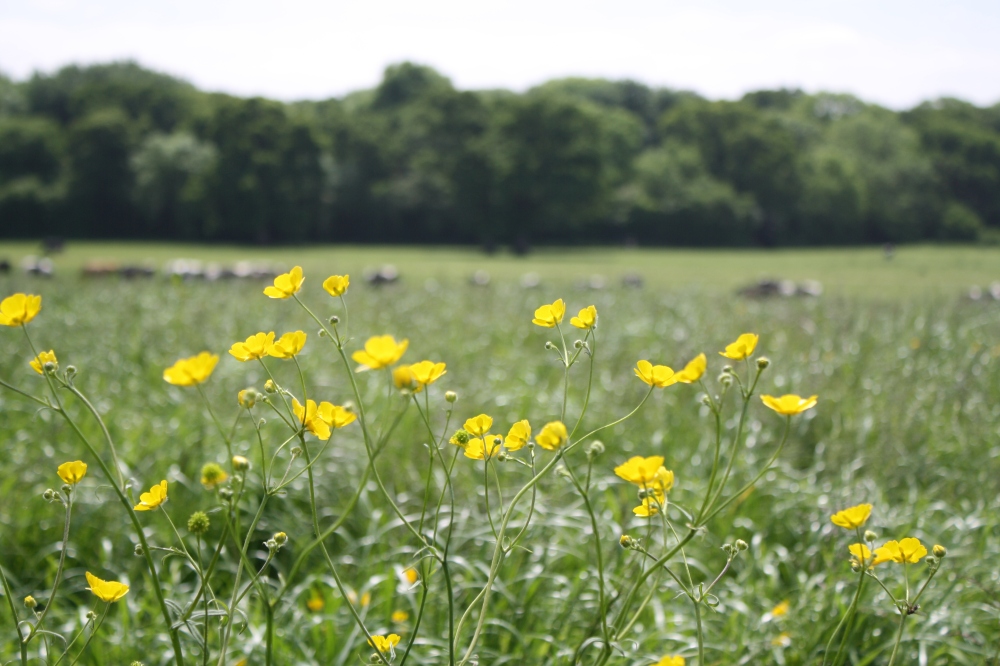 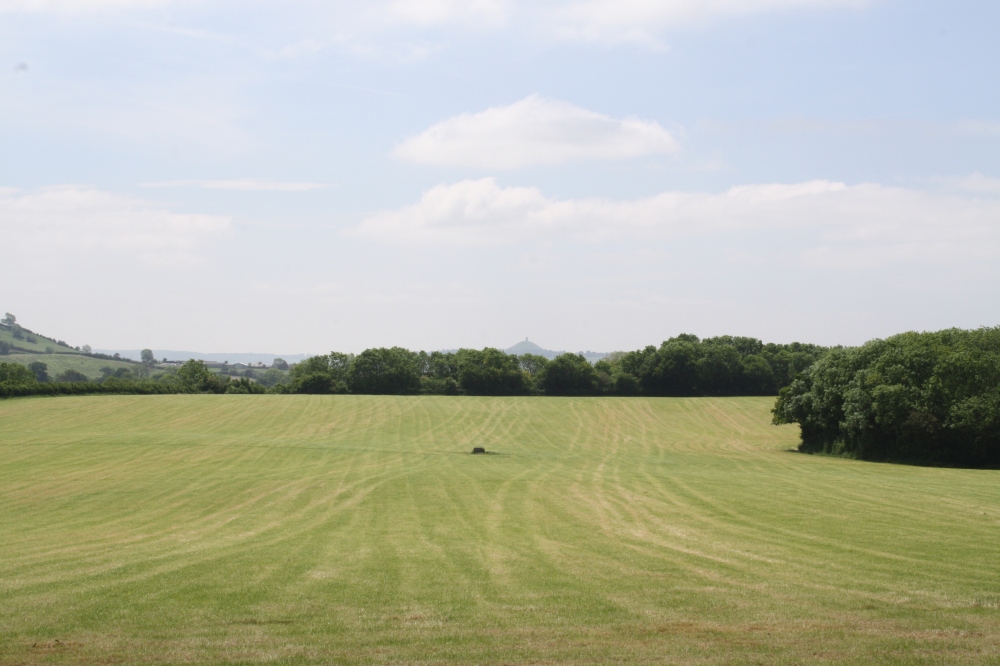 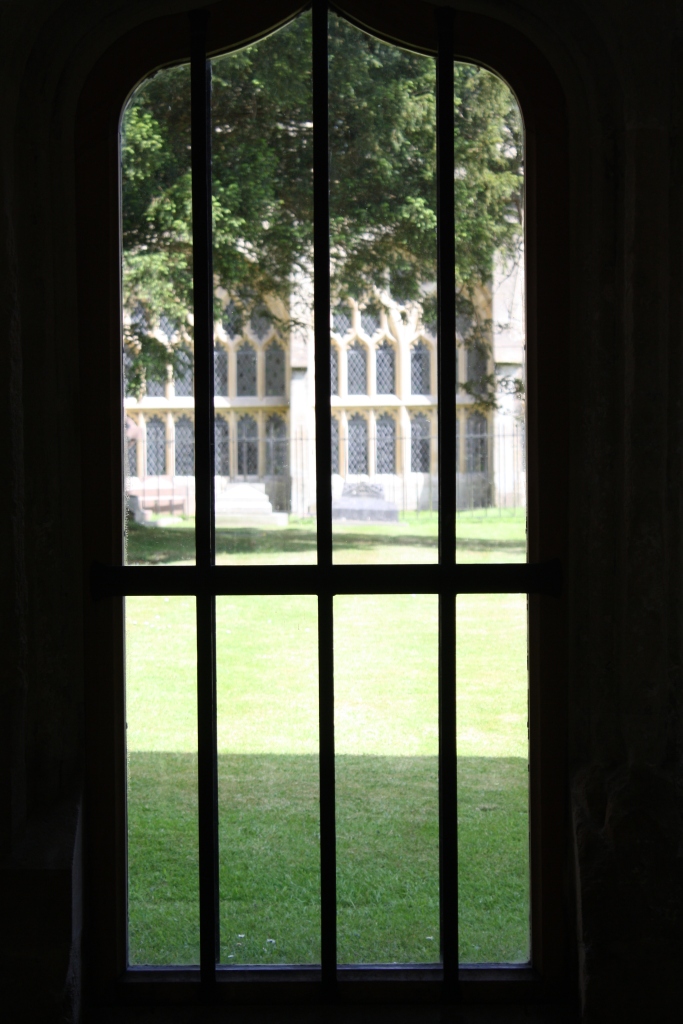 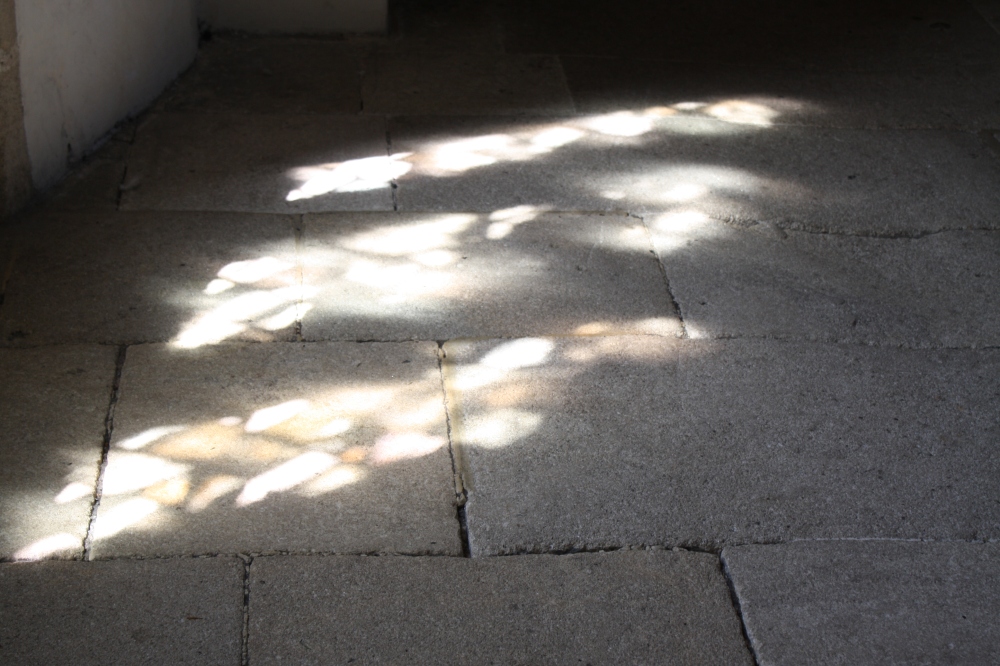